January 15th, 2021 By Ruth Harris No comments yet Small businesses

A record number of small business owners are planning to close their firms over the coming year, putting the UK on course to lose more than a quarter of a million businesses, according to the Federation of Small Businesses (FSB).

Almost 5% of the 1,400 firms surveyed for the FSB’s Small Business Index (SBI) study say they expect to close in 2021. The figure does not reflect the threat of closure faced by those hoping to survive despite having frozen their operations, reduced headcounts or taken on significant debt.

The proportion is at an all-time high in the SBI, and is more than double that recorded at the same point 12 months ago. There are 5.9 million small firms across the UK employing 16.8 million people, according to government figures.

Close to a quarter (23%) of small firms have decreased the number of people they employ over the last quarter, up from 13% at the beginning of last year. One in seven (14%) say they’ll be forced to cut numbers over the next three months.

The proportion of small businesses forecasting a reduction in profitability for the coming quarter has spiralled over the past year, rising from 38% to 58%. The figure is at an all-time high.

FSB National Chairman Mike Cherry said: “The development of business support measures has not kept pace with intensifying restrictions. As a result, we risk losing hundreds of thousands of great, ultimately viable small businesses this year, at huge cost to local communities and individual livelihoods. A record number say they plan to close over the next 12 months, and they were saying that even before news of the latest lockdown came through.

“There are meaningful lifelines for retail, leisure and hospitality businesses, which are very welcome as far as they go. But this Government needs to realise that the small business community is much bigger than these three sectors.”

He added: “We also have to look again at how we treat emergency debt facilities over the coming months. Many of those who have borrowed significantly have done so in order to innovate. It would be a shame to lose the top businesses of tomorrow because of a failure to extend grace periods today.

“All the while our exporters are trying to get across what a new EU-UK trade agreement means for them without the cash they need to make adjustments. Direct funding to help them manage new obligations in the form of transition vouchers is urgently needed.

“This government can stem losses and protect the businesses of the future, but only if it acts now.”

Another info-packed coffee morning this morning. 3 excellent guest speakers and thank you to all that attended. Th… t.co/iifL2xkpqT

It's time for the 2021 IAB Awards You can either nominate someone or yourself Visit and vote today at… t.co/1aytZUD8j7

Join us for an informative Webinar #aml #webinar #iab 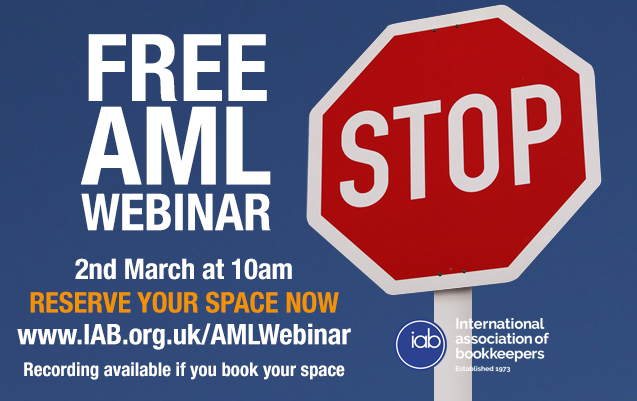 The minimum pension age is set to increase to 57 in 2028, following the publication of a government consultation.… t.co/Cb22b0atzd

The government have announced England’s route out of the pandemic, as long as ...

Scottish finance secretary Kate Forbes has announced the extension of the ...

A glitch in HMRC’s CJRS calculator means employers may need to recalculate ...

SMEs who trade only with the EU and so are new to the importing and exporting ...

Some two-thirds of UK companies have not invested in new apprentices over the ...

Taxpayers who received penalties after the 31 January self-assessment tax ...

Pay VAT deferred due to coronavirus

The government has updated its advice for those businesses that deferred VAT ...

Government sets up ‘Pay as You Grow’ flexible loan repayment

Businesses that took out government-backed Bounce Back Loans to get through ...