As the latest figures show that the unemployment rate has hit its highest level in two years, Chancellor Rishi Sunak has said his “number one priority” is looking for ways to protect jobs.

For bookkeepers, the number one priority must be to provide guidance and advice to their clients about what support is available at this challenging time.

Almost 10 million workers have been furloughed since March (with 4 million still on furlough) but the scheme is due to end on 31 October. So, what are the current rules?

The Government has also introduced a Job Retention Bonus to provide additional support to employers who keep on their furloughed employees in meaningful employment after the government’s Coronavirus Job Retention Scheme ends.

The bonus is a one-off payment to employers of £1,000 for every employee who they previously claimed for under the scheme, and who remains continuously employed through to 31 January 2021. Eligible employees must earn at least £520 a month on average between the 1 November 2020 and 31 January 2021. Employers will be able to claim the Job Retention Bonus after they have filed PAYE for January and payments will be made to employers from February 2021.

Young people have been some of the hardest hit by unemployment during the pandemic but there has been some good news with the Government launching the Kickstart Scheme which provides funding to employers to create new 6-month job placements for young people, between the ages of 16 and 24, who are currently on Universal Credit and at risk of long-term unemployment.

The scheme is part of the government’s Plan for Jobs and aims to create thousands of new, fully funded jobs across England, Scotland and Wales.

Funding will cover for each job placement:

The first placements are likely to be available from November and there will also be extra funding to support young people to build their experience and help them move into sustained employment after they have completed their Kickstart Scheme.

There have been an unprecedented number of schemes to protect jobs – including firms being given £1,000 for every furloughed worker still employed in January, business rates holidays, VAT cuts and the Kickstart scheme.

The Chancellor may well look at introducing new schemes when furlough ends on October 31st in order to prevent a spike in unemployment. At IAB we will do our best to keep you informed of any changes as it’s important that IAB members keep abreast of the changes so they can keep their clients informed and able to access the support available. 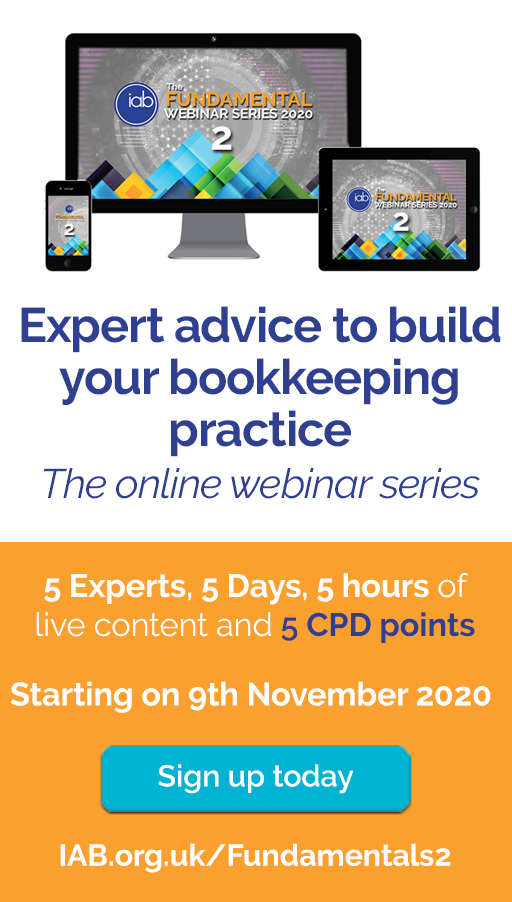 GoSimpleTax The Winter Economy Plan has increased the threshold for self-assessment tax payers to use its online s… t.co/5vOgHuuZ4T

The government faces a potential loss of £15 billion to £26 billion through businesses not being able to repay the… t.co/n2RBMeUqRD

Students who started university this year are being warned by HMRC that they are being targeted by a fresh wave of… t.co/nFtFImiCef

HMRC guidance on trading with the EU in 2021

HMRC is contacting businesses that move goods between Great Britain and the ...

Business owners and bookkeepers who advise them have been wondering what the ...